I am happy to announce that the skateboard park is back on track and negotiations are now taking place with a view to completion.
Posted by Cllr Nigel Ash at 13:21 1 comment: Links to this post

At the Council meeting on Wednesday Liberal Democrat Councillor Robert Bleakley read out a statement to the full Council in which he apologised for bullying a female office of the Council. The Standards Board of Great Britain found him guilty of failing to respect others and as a result has been barred from standing as Councillor for six months.

This is not the first time Robert Bleakley has been found guilty of breaching the code of conduct.In 2004 Mr Bleakley was disqualified by The Standards Board for England for three years after being found guilty of “failing to show respect to others'.

His leader Nick Clegg is very keen to recall politicians who fall below acceptable standards of public behaviour. Perhaps, given his record over the past six years Councillor Bleakley should be considered for recall by his leader and the voters of Tyldesley be given a chance to elect another less controversial councillor.
Posted by Cllr Nigel Ash at 10:00 1 comment: Links to this post

When the going gets tough the Community Action Party disappear

At Wednesday night's Council meeting a motion opposing the increase in VAT proposed by the Con Dem coalition was discussed. Each party has its own opinion about this increase - I together with my Labour colleagues think the rise to 20% is pernicious because it hits the poor and disadvantaged more than the rich. It will also take large amounts of money away from charities. The Tories on the Council opposed the motion and supported the rise.

However we will never know what the Liberal Democrats and their allies the Community Action Party thought because their leader Cllr Tushingham had disappeared before the motion was discussed together with most of his colleagues.

I, together with the voters of Wigan, would have been very interested to know how they viewed this rise. It should be noted here that Community Action has joined the Liberal Democrats in the Council to form the Democratic Alliance and that in doing so is supporting the Con Dem alliance in Parliament.
Posted by Cllr Nigel Ash at 09:35 2 comments: Links to this post 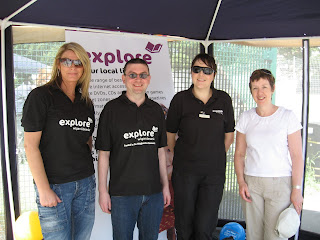 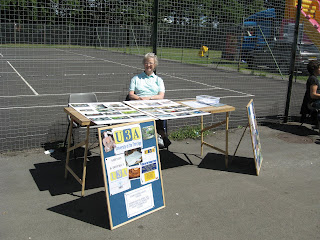 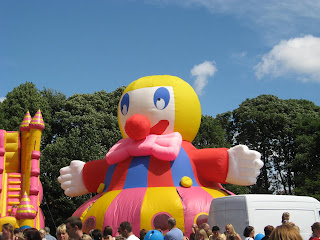 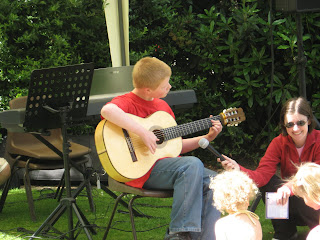 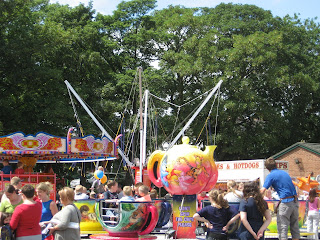 Congratulations to all those who organised the Fun Day yesterday. The weather was excellent and it brought out crowds of people who seemed to be thoroughly enjoying themselves when I was there in the afternoon

The pictures are as follows:

1. the staff from Ashton Library at their stall
2. the University of the Third Age stall
3. David Cameron makes a surprise visit
4. a young guitarist entertains the crowd in the flower park
Posted by Cllr Nigel Ash at 10:49 25 comments: Links to this post

Recently there was a rather misleading article in the local paper about the skateboard park in Jubilee Park being scrapped.

First of all I would like to correct this. No project has been scrapped - yet. Projects are on hold until the Cabinet knows exactly from central government what future funding it will have.

I believe that the skateboard scheme should have special consideration for the following reasons:

2. The funding from WLT has already been spent in preparing the area for the skateboard park

3.In short most of this funding has originated from other sources than the 106 monies

4. This project was just on the point of being given the go ahead before this review was announced.

5. You will be aware of the long history of this project which has been going on now for 8 years or more. Young people in Ashton have been promised on several occasions that this much needed facility would go ahead In fact some of them even made the decision as to the lay out of the skateboard at a meeting held with the Friends of Jubilee Park. To withdraw this project will send a very negative message to a group of young people who have acted responsibly during the creation of this park.

I have made representations to the leader of the Council and the Cabinet outlining these points and I hope for a positive outcome.

Carpe diem, baby as Kojak used to say
Posted by Cllr Nigel Ash at 10:26 1 comment: Links to this post 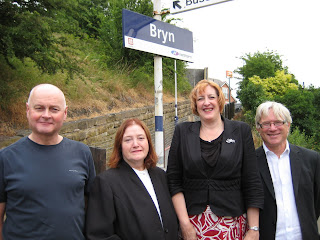 As a user of Bryn station I was very pleased to learn that funds have been allocated to improve it - and about time. I think I read somewhere it was nominated as the worst station in Greater Manchester.

The access for the disabled and for young mothers with prams at this station is very poor. It is extremely difficult to get a pram or a wheelchair up the ramp when you get off the station from Wigan because of the steps.

I will be working with our MP Yvonne Fovargue and local Councillor Ann Rampling pictured below with Trevor Allen to upgrade the disabled access for the station
Posted by Cllr Nigel Ash at 10:16 No comments: Links to this post 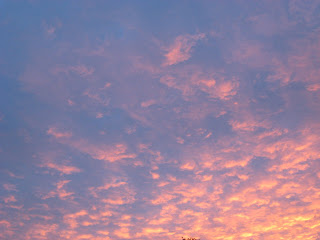 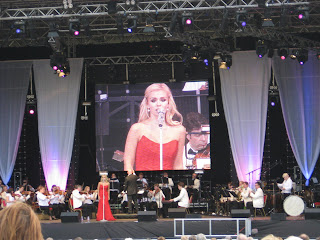 I was lucky enough to be in the audience to see Katherine Jenkins at Haigh Hall last week,an event organised by Wigan and Leigh Culture Trust.

Now normally I would not go to an event like this but I'm glad I did. Katherine put on a fantastic show. What I liked about her was that she connected immediately with the audience and not only enchanted them with her singing but chatted to them and on occasions made them laugh.

She was the opposite of another very famous opera star I once saw in Manchester who left the stage after every two songs. I remarked at the time that she wouldn't go down well in Bryn Labour Club doing that.

Yes, the picture of the sky was taken at Haigh Hall last Wednesday.
Posted by Cllr Nigel Ash at 09:52 No comments: Links to this post

I attended Brychall Founders Evening held at Haydock Park race course last Tuesday and was very impressed with the organisation of the event and with the young people who entertained the large audience during the evening.

This event is nothing like the Speech Days I have often attended when I was at school and when I taught. Prizes are distributed in year groups but after pupils of each year group receive their prizes, students from the school perform musical and dance items. And what a talented bunch there were.

The result of this programme was that instead of being bored witless for over an hour my attention was held and the time just flew past.

Well done to those involved!
Posted by Cllr Nigel Ash at 09:39 No comments: Links to this post 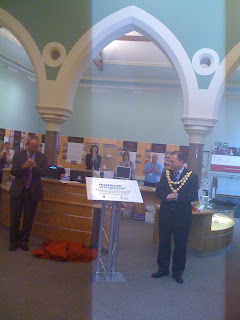 One of the projects that has survived the cuts is the Museum of Wigan Life in Library Street,the opening of which I attended recently.

I did not have time to look round the museum properly but it looks very good with plenty to interest local people.

If you have visited it tell me what you think.
Posted by Cllr Nigel Ash at 09:27 No comments: Links to this post

Scenes from the Armed Forces Day 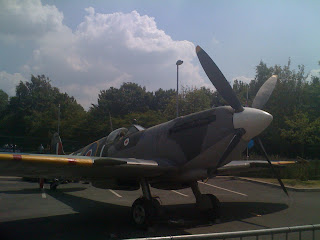 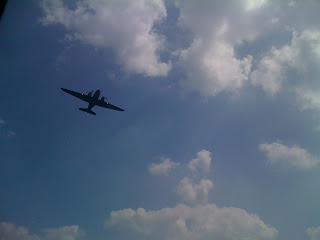 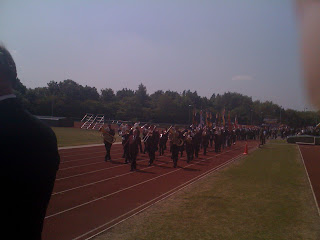 One of the exhibitors in the Sports Hall was Frank Brown from Stubshaw Cross who has a remarkable collection of WW2 memorabilia - anything from machine guns to Rinso tins.
Mr Brown told me that he is looking for a building in which he can permanently display his very large collection and create a museum. I have passed his request on to Wigan Council.

Mr Brown's company is called Pegasus WW2 displays and he has a web page on www.pegasusww2displays.co.uk
Posted by Cllr Nigel Ash at 08:24 3 comments: Links to this post