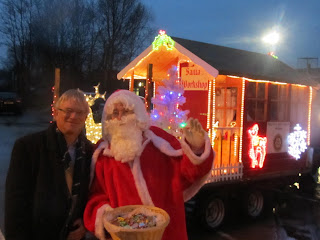 I would like to wish my reader a happy Christmas and a good New Year.

Joyeux Noel und frohliche Weihnachten for my European readers.
Posted by Cllr Nigel Ash at 16:48 No comments: Links to this post

The Ashton in Makerfield Rotary club built a new float last year and it was used for the first time last Christmas. It helped raise in the region of £6,000 over the Christmas period, all of which is given to local charities.
Just after Christmas it was stolen. It was reported to the police and in the local press, but it was never seen or heard of again. This was a severe blow to the Rotary club. It meant that money was required to buy a trailer on which a new Santa workshop could be built.
Ashton's three councillors myself,Bill Clarke & Joel Hadley came to the rescue donating £500 each from their Brighter Borough Fund which enabled Rotary to buy a new trailer on which to build a new workshop. This new trailer has been out on the streets and outside supermarkets this year helping to again raise money that will go to help a number of charities.It was also a main feature of the Ashton Town centre switch on earlier this month. 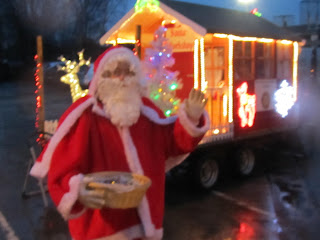 I was  delighted to help the local Rotary Club rebuild the float. I know from when my own children were small the pleasure that this float has given to thousands of local children when it toured the area before Christmas. Also we must not forget the tens of thousands of pounds that the Rotary Club collected for local charities over the years and which will be sorely missed'.
Posted by Cllr Nigel Ash at 22:52 2 comments: Links to this post

Both were affected by the rotten weather but despite that they were well organised and enjoyed by those who attended.

Sorry there are no pictures of the  Stubshaw Cross event - my camera failed. If any one would like to send me photos I will put them on the blog.

Posted by Cllr Nigel Ash at 12:20 No comments: Links to this post


For the switch on ceremony this year local councillors worked with Wigan council and the staff of Ashton library to make the event an all day affair. Children were welcomed into the library from the morning where Christmas activities were provided  by the library staff and Santa Claus was there too.
The switch on in the evening was different from previous years. The event was led by  compere Paul Dee and the crowd was entertained by the Trinity Girls Brass Band, our very own Councillor Joel Haddley on key boards with Ed Feery singing Christmas songs.  Father Christmas was again in attendance on the float provided by the local Rotarians. Young Connor - see picture below - drew the lucky raffle ticket and he was delighted to switch on the lights.
After the switch many of the audience went for a hot drink and minced pie served in the library.

﻿I would like to thank Emma Gaster from Wigan Council and all the staff in Ashton library to make this a memorable occasion which was enjoyed by hundreds of people throughout the day. ﻿ 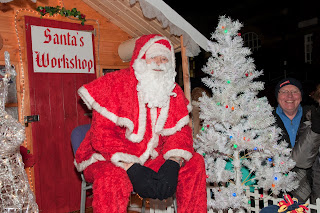 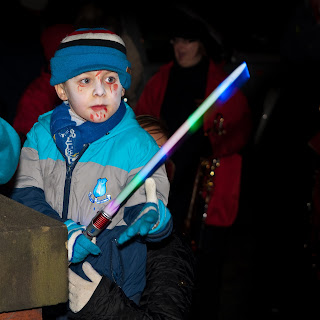 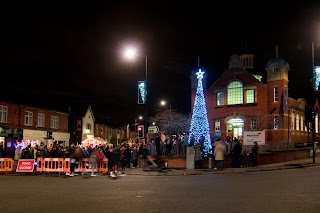 Posted by Cllr Nigel Ash at 11:56 No comments: Links to this post

Wigan council is one of the local authorities hit hardest by Government austerity measures.

A national analysis of local authorities revealed that that there was a reduction of £108.40 in spending per head of population. Nationally the average spending reduction is placed at around £61 per head with significantly more Tory councils cutting less than the national average.

David Cameron's local authority  of West Oxfordshire loses only £34.33 per head
Posted by Cllr Nigel Ash at 14:57 No comments: Links to this post

We're all in this together and other nonsense

Lord Snooty Cameron and his millionaire Tory and Liberal chums keep trotting out the  slogan 'We're all in this together'  in a desperate bid to convince us that the rich are being hit as much as the poor under the cuts.

What utter rubbish.  Let's look at some facts


Isn't it about time this coalition run by millionaires consigned this nonsense to the dustbin of history together with the other failed idea of the Big Society?
Posted by Cllr Nigel Ash at 09:20 No comments: Links to this post