University of the Third Age

Last week I was invited to attend the inaugural meeting of the Ashton and District branch of the University of the Third Age at the YMCA in Hilton Street. The event was very well attended and I am sure there will be enough enthusiasm to make it a success in the long run.

The U3a, as it is known, is a life-long co-operative for older people who are no longer in full time work. It provides opportunities to share learning experiences in a wide range of interests - pursuing learning not for exams or qualifications but for fun and mutual benefit. (It reminds me very much of when I was at university in the 60s - how I got a degree I will never know.)

To give a flavour of what you can expect if you join here some examples of sessions held at a neighbouring group:

These are just a few of many classes being held.

If any reader wants to know more details about the U3a as it is known then they can log on to www.u3a.org.uk
Posted by Cllr Nigel Ash at 11:18 No comments: Links to this post

I have now been informed that the brown bins are now to be delivered in the Manor Park / Bolton Road / North Street area on May 11th.
Posted by Cllr Nigel Ash at 11:14 No comments: Links to this post 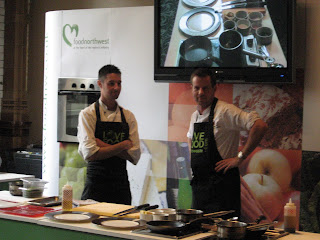 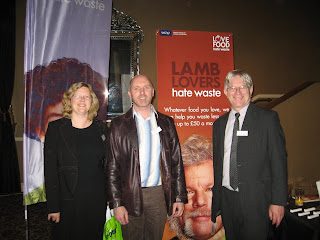 I attended the launch of the Love food Hate waste campaign in Manchester on Thursday which aims to highlight how much food we waste and ways that we can rectify this.

Apparently we in the UK waste 6.7 million tonnes of food a year. An average family would save £600 a year if they used the food that they already bought.

One of the features of the launch was to inform people how to cook what would be considered left overs destined for the rubbish bin and a well known local chef Andrew Nutter gave a cookery demonstration as part of the launch. I have sample recipes if anyone would like them.

Wigan Council will be continuing the campaign in the area and I will let readers know when they are coming to Ashton.
Posted by Cllr Nigel Ash at 10:24 No comments: Links to this post 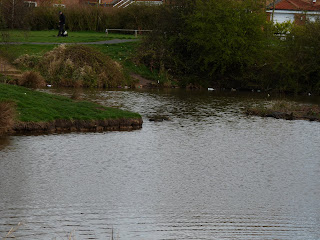 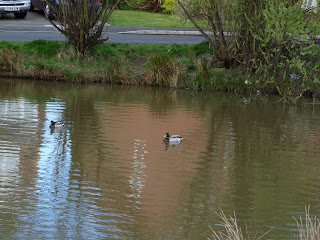 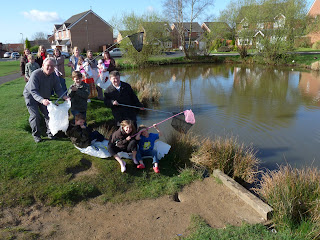 Following comments about the state of George's pond by local residents I asked local residents if they would like to form a Friends of Georges pond group and was pleased to receive names of several volunteers. To launch this group we invited the local press to do an article which appeared last week in the Wigan Evening Post - see picture showing myself, Ian McCartney and local residents.


Last night the group met for the first time and an action plan for improving the area around the pond and the pond itself was drawn up. One of the events that the group decided on was to have a litter pick on Saturday 23rd May at 10.00 am.

I will give readers of this blog an update of improvements as they happen
Posted by Cllr Nigel Ash at 12:13 2 comments: Links to this post

I have been informed that all the Council procedures are complete for the installation of a new puffin crossing that will link the two parks on Wigan Road. The Council is currently waiting for a construction start date from Greater Manchester Urban Traffic Control, (GMUTC), who manage and maintain all the signals across GM.

As soon as I get more information about the programme for this work, I will post it on my blog.
Posted by Cllr Nigel Ash at 12:00 No comments: Links to this post

Recycling in Wigan borough just got even easier with the news that residents can now put the following range of paper products into their white sack:

2. White envelopes with or without windows

4.Birthday and Christmas cards (without glitter)

All these items can now be put out for the fortnightly waste paper recycling collection.

.
Posted by Cllr Nigel Ash at 14:31 No comments: Links to this post

I have received the following message from a reader:

Your blog is interesting reading.

I especially like the bird photos. Unfortunately your description of the parrot is wrong.

The ones in London are these, see

The Ashton parrot is one of these

I recently informed residents of the Bolton Road, Manor Park,North Street area that they would be getting brown bins by the end of March.

Unfortunately I have now been advised by Wigan Council that there will be a delay of four weeks before these bins can be distributed. I will keep residents informed of when they can expect to receive their bins.
Posted by Cllr Nigel Ash at 14:14 No comments: Links to this post

£10 charge for bulky waste to be scrapped

Free collections of bulky waste are being reintroduced by the council.

In a move that could lead to a drop in cases of fly tipping, cabinet councillors have agreed to scrap the £10 charge for removing large items of rubbish such as old furniture, fridges and carpets.

In future, householders will be able to have three items collected entirely free before any charges have to be paid.

The council will also work closer with charities to try and reuse items that are put out for collection.

Under the new scheme, which started this month:

Residents can have one free collection a year, with up to THREE items being removed for free.
A further two items can be put out at the same time and will cost £5 each to be removed
Anyone wanting to have more bulky rubbish removed at a different time in the year will be expected to pay a full commercial rate for removal.

But the council also accepts there has been an increase in fly tipping since the charge was introduced and councillors have been keen to see a solution that would bring back free collections without an expensive free for all.

In a report to the cabinet, Martin Kimber, the council’s environmental services director, said: “The new scheme will balance the needs of residents, control the potential for increases in municipal waste collected and disposed of, and reduce the number of fly tipping incidents.”

The free collections will cost the council an extra £80,000 per year. It follows an in-depth independent review of the existing service carried out by a social enterprise, Furniture Matters, which found that:

More items could be reused if they weren’t left outside for collection;
87% of councils charge for the service, with a national average cost of £5 per item;
The service was frequently abused by people using it to get rid of trade waste or rubbish that could have been recycled.
Posted by Cllr Nigel Ash at 15:09 No comments: Links to this post

Now that the light nights are with us again I know that I will be getting complaints about off road and unlicensed motorbikes disturbing people's peace. I attended a meeting last week of the Wigan Road Safety group and one of the issues discussed concerned the problem of these bikes.

Wigan Council have just launched an initiative to prevent these bikes becoming a nuisance and it should be noted that the police and Council have strong powers to deal with them. Recently three bikes have been confiscated in the Ince area and are due to be crushed in the near future.

If you are having problems with these bikes in your area please contact the police on 0161 872 5050. The more people report a particular problem in their area the more likely the police will deal with it.
Posted by Cllr Nigel Ash at 14:48 No comments: Links to this post

Wigan leisure chiefs learned this week that their application for a major makeover of Ashton Leisure Centre has been successful, but the £600,000 they have been given has to be spent in the next 12 months.

To do that Ashton baths will have to be closed for FIVE months from October.
The only alternative for the Leisure and Culture Trust was to turn down the cash.

The trust had also put in bids to improve pools at Hindley, Howe Bridge and Tyldesley, but only Ashton was successful.If they had been, that would only have left the new Leigh Sports Village pool for the whole borough.

The Ashton closure means that those living in the north and west of the borough face long trips to get free swimming, Hindley being the nearest pool for most.But leisure bosses say the centre is in need of major refurbishment to ensure its long term future and work has been scheduled for the winter months to minimise disruption.

Ashton Leisure Centre was awarded the money as part of the national Free Swimming Initiative. Wigan borough was eligible for a slice of £50m grant money because it already offers free swimming to under-16s and over 60s.

Part of Ashton Leisure Centre will close temporarily in mid-October for up to 20 weeks although the Profiles Health and Fitness Suite and Sports Hall will remain open.

The trust, which manages the borough's leisure centres on behalf of Wigan Council, today apologised for the inconvenience.
Posted by Cllr Nigel Ash at 14:43 1 comment: Links to this post 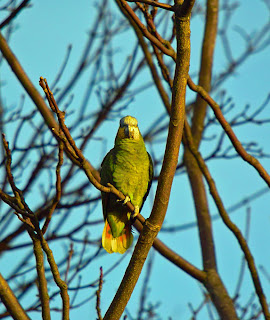 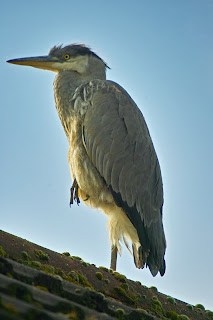 I know from my trips to London that the green parrot can be frequently seen in the parks making a tremendous screeching noise but I was surprised to see this picture of one in Ashton -it must be very hard.

One story about how the green parrot became common in London was that the late great Jimi Hendrix released a pair into the wild around 1968 and they flourished from that time.
Posted by Cllr Nigel Ash at 14:18 No comments: Links to this post 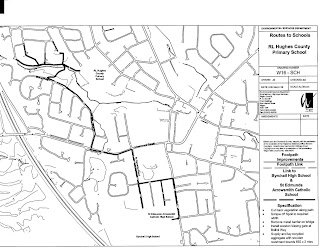 Wigan Council are proposing minor improvements to off road footpaths to provide safer, more attractive routes away from the congested highway to encourage children to walk to school. They are hoping that these works will be implemented in the new financial year following Cabinet approval of the Highways Capital Programme for 2009/10.

Should anyone wish to comment on this proposal or gain further information, please don't hesitate to contact 01942 488243.

Residents affected by the proposals will be informed via letter drop w/e 9th April 2009.
Posted by Cllr Nigel Ash at 13:57 No comments: Links to this post