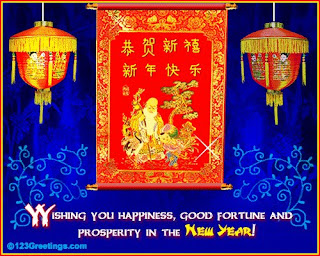 I would like to wish all my Chinese readers a Happy New Year - Gong Xi Fa Cai!
Posted by Cllr Nigel Ash at 17:40 No comments: Links to this post

From the beginning of February fixed penalty tickets are to be issued to dog owners who let their animals foul the pavement or other areas without cleaning up the mess.

This initiative is part of Wigan Council's overall enforcement strategy of issuing Fixed Penalty Notices for Environmental Crime offences (including dog fouling). It is planned to introduce the issuing of tickets to coincide with the fast food litter campaign that is currently being organised to start in February.
Posted by Cllr Nigel Ash at 16:35 1 comment: Links to this post

I met with BDP the consultants on Friday together with other ward Councillors, Ian McCartney MP and senior Council officers to discuss the Ashton Town Centre Masterplan

The meeting was very positive. All sides were very supportive of the consultation process.

It is now up to Ashton residents and groups to have an input into the consultation. I have asked BDP to attend the next Township Forum and am encouraging as many people as possible to take part in the consultation. You will find the questionnaire in an earlier blog entry.

If you would like to take part and need further information please contact me.
The consultation period will last for a further two months.
Posted by Cllr Nigel Ash at 15:39 No comments: Links to this post

I recently went for a site visit with Kevin Hargreaves along Bolton Road. I wanted to highlight some of the problems along the road. These included:

1. The improving or upgrading of the zebra crossing near the YMCA

2. The extending of the safety fence by the Tesco garage

3. The lack of pedestrian crossing along the whole stretch of the road.

4. The marking of the bus stop by the Tesco garage.

I will report any developments in this blog when they happen.
Posted by Cllr Nigel Ash at 15:28 No comments: Links to this post

If a group you are a member of needs help in finding funding or needs help applying for funds the course advertised below could be of help.

For further information contact:Louise at Wigan and Leigh CV 93 Church Street,Leigh, WN7 1AZ 01942 514234 or email: lhaigh@cvswl.org
Posted by Cllr Nigel Ash at 15:12 No comments: Links to this post

The Beat it Team will be in Ashton from the 16th February until the 21st February.

If there are any grot spots you know of that need cleaning up please contact me.
Posted by Cllr Nigel Ash at 15:08 No comments: Links to this post

Recently I have noticed an increase in the amount of graffiti around the town centre and have asked Wigan Council to clean it up.

If you know where there is any graffiti that needs removing please let me know know on 736216 or contact Wigan Council on 404364.
Posted by Cllr Nigel Ash at 10:00 No comments: Links to this post

Posted by Cllr Nigel Ash at 19:18 No comments: Links to this post

It is with some amusement that I learnt about the latest defection of a CAP councillor, this time to the Tories of all parties. Apparently he quit CAP because he was unhappy about the way things were going in the party and says that CAP are finished. I would love to have been a fly on the wall at their AGM tonight.

Because of this defection the official party of opposition in Wigan is now the Conservatives and politics in the town have now returned to traditional lines.

CAP is living up to Ian McCartney's description of them as a rag tag and bobtail outfit. I wonder who will be the next to defect. Given that the past defections have been to Independent and now to Tory can the Liberals soon expect to receive a CAP Councillor into their fold or dare I say it, the Labour Party?
Posted by Cllr Nigel Ash at 21:16 1 comment: Links to this post 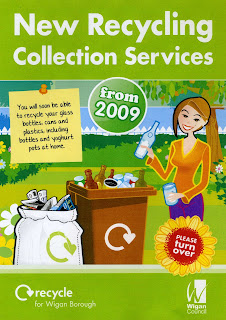 The brown scheme is soon to be extended in Ashton Due to the success of the scheme and positive feedback from residents the brown bin scheme is being expanded in 2009 to 75,000 more properties.

Properties that currently do not have green bins for garden waste and do not have a recycling point close by are being prioritised for inclusion in the expansion. The delivery of the attached leaflet to residents included on the scheme will begin on 12January 2009.

The leaflet gives brief details about the brown bin scheme and gives residents the opportunity to request a smaller bin if they wish. Smaller black, green and brown bins are now available for residents if they want to exchange their larger bins via the Environmental Services Helpline on 01942 404364. This has been introduced at the request of residents, following consultation on the trial brown bin scheme.

Following the delivery of this first leaflet, residents will receive their new brown bin with a second calendar leaflet, explaining when to put their new brown bin out for collection and what recyclables to include. All brown bins will have a sticker on the inside of the lid with details of what can be included. It is anticipated that all properties on this expansion will receive their bins by the end of April 2009, with delivery of bins starting on 2 February 2009.

If you want to know if you are going to receive a brown bin or need more information please contact me.
Posted by Cllr Nigel Ash at 11:09 No comments: Links to this post

The Credit Crunch - what Wigan Council is doing

Leading Wigan councillors and the town’s MPs have met bank and building society bosses in a bid to throw a lifeline to thousands of residents suffering from the effects of the credit crunch.

The meeting, which was requested by the council, was welcomed by the banking representatives, who said Wigan was leading the way in working with the financial sector to help residents and businesses worst affected.

Deputy council leader Cllr David Molyneux said afterwards: “It was a really positive meeting looking at the scale of the problem. One of the banking representatives said we were the first of the 160 councils his bank deals with to approach them in this way.

“We’ve recently had some alarming figures on how the credit crunch has started to bite in our borough and we want to work with mortgage providers on helping those likely to be hardest hit.

“We looked at how we could help people who are under threat of eviction stay in their own homes and the lenders have confirmed that they are extending the time they will take to start repossession from 3 to 6 months in line with government requests.

“We also discussed whether the repossessed homes that are with banks and building societies could be bought by registered social landlords in a managed way, rather than just auctioning them off, and about matching people who want housing with empty houses that are available in Wigan, regardless of who owns them.”

A recent report to the council’s cabinet revealed the potential scale of the problem, with a dramatic rise in early mortgage repossession action - up nearly 60% in the last three months - and advice agencies struggling to deal with a big increase in demand.

The Citizens’ Advice Bureaux alone are reporting a 35% increase in debt clients, rent and council tax arrears are climbing and bankruptcy referrals have shot up by a massive 360%.

A new report by the Local Futures group has also listed Wigan as one of the twenty areas most likely to be affected by job losses as a result of the recession.

Cllr Molyneux added: “The council has a duty to do whatever it can. Our MPs have agreed to take the key messages back to government and we have agreed to continue meeting with the banks on a regular basis.”
Posted by Cllr Nigel Ash at 11:02 39 comments: Links to this post

Are you feeling bloated after the Christmas festivities or do you simply want to lose weight and eat more healthily?

A new campaign was launched last week by the local NHS trust to help people do just that. For more details just log into http://www.lwfg.co.uk/index.aspx or you could phone 01942 496496 to enrol with Lose Weight Feel Great, a new weight loss service from your local NHS(Local call charges apply. The Lose Weight Feel Great telephone line is open 10.00am - 8.00pm Monday to Friday and 10.00am - 4.00pm at weekends.

The website is very informative and includes a BMI calculator to see what your correct weight should be.

I found that my weight is correct but my height is wrong - I should be 7 foot for what I weigh
Posted by Cllr Nigel Ash at 10:49 No comments: Links to this post

I would like to wish my readers a Happy New Year.

Looking at my blog stats for last year this blog had 14,000 hits and according to a recent visitor map has been read in Southern China, India, all over Europe and the East and West coast of the USA.

I am hoping to break into Africa next year.
Posted by Cllr Nigel Ash at 10:41 No comments: Links to this post