Wigan schools - best in the country

The head of Ofsted has singled out Wigan as an example to other local authorities in his latest annual report on education standards. Sir Michael Wilshaw said Wigan primary and secondary schools are some of the best in the country.

For the first time, local authorities have been ranked in league tables according to the performance of their primary schools and Wigan is placed in the top category.

I would like to pay tribute here to all the hard working staff in our schools and within the local authority team who have made this success possible.
Posted by Cllr Nigel Ash at 12:23 No comments: Links to this post

.There will be traffic disruption in  Riding Lane, Ashton in Makerfield when
Electricity North West need to carry out work to their overhead cables on this road. To carry out the works safely the road will be closed for 1 day between Rose Farm and Locker Lane on Tuesday 27th November 2012.

The diversion route will be via Bolton Road, Golborne Road.

This road will be closed from Bryn Street to Morden Avenue on Friday 7th December 2012 between 17:30hrs to 19:30hrs for the switching on of the Christmas lights.

A local diversion route will be in operation.
Posted by Cllr Nigel Ash at 11:56 No comments: Links to this post

Another shambles from this shambolic Government

In case anyone noticed there was an election yesterday for Police and Crime Commissioner. This election cost the country £100 million. The turn out in Wigan was 11% and without the postal vote it would probably have been half that.

Now normally I would bang on about how everybody should vote in an election because unlike many countries in the world we are privileged to live in a democracy. However, on this occasion I am siding with the 89% who didn't turn out. Very few people knew who they were voting for and what a Police and Crime Commissioner does. My mother  who is 89 has always voted and asked me where she could find the names of the candidates. I told her to look on the net. But she does not have the net like many people of her age. She  was so disgusted with this lack of information - not surprisingly  she does like to  know who she is voting for - that for the first time in years she did not vote.  Her feelings were replicated up and down the country.

This shambles is typical of this Tory led Government. They have a policy, work it out on the back of a fag packet and then watch as it goes belly up. David Cameron  who called this election has shown an utter contempt for the electorate and they have in turn given their verdict.
Posted by Cllr Nigel Ash at 10:17 1 comment: Links to this post 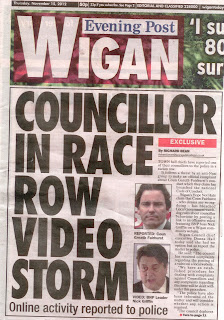 I am sure that right thinking people will be appalled that a representative of Wigan Council is giving validity to the far right. For the full story go to the Wigan News links on this blog.
Posted by Cllr Nigel Ash at 15:47 No comments: Links to this post

A card is posted through your door from company called PDS (Parcel Delivery Service) suggesting that they were unable to deliver a parcel and that you need to contact them on 0906 6611911 which is a premium rate number This is a mail scam originating from Belize. If you call this number and you start to hear a recorded message you will already have been billed £315 for the phone call.


If you do receive a card with these details , you should contact Royal Mail Fraud on 020 7239 6655. See also www.crimestoppers-uk/crime-prevention/helping-prevent-crime/scams/postal-delivery-scam

Posted by Cllr Nigel Ash at 10:47 No comments: Links to this post 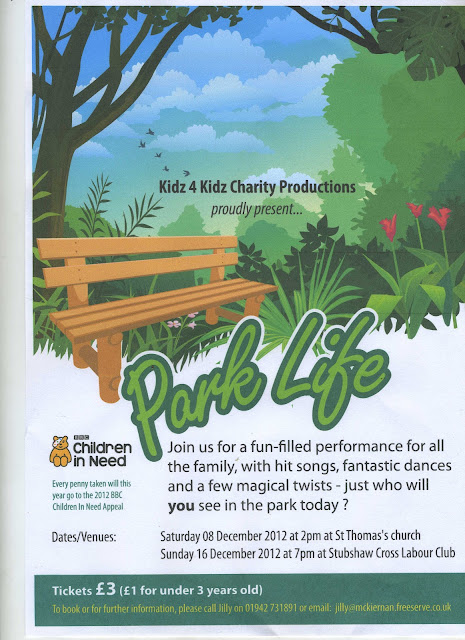 I hope this event will be well supported.
Posted by Cllr Nigel Ash at 13:26 No comments: Links to this post